EMERGENT WILL TRAVEL TO CHILE IN MAY

EMERGENTES , thanks to the collaboration of Spanish Cultural Action, AC / E , among other entities, will move to the next month of May to Chile with the aim of continuing to increase the bonds of this event with this Latin American country. For this, the agenda of those responsible for the meeting that will go to the Chilean country will be very intense, from direct meetings with local cultural managers, intervention in public forums or participation in various festivals as programmers and as a company through Theater in the Sea , the company of Juan José Morales Tate .

Among the main actions to be carried out, we highlight the programming of Romeo (O Julieta dormida) from May 2 to 4 in one of the most prestigious venues in Santiago such as the Sala Matucana 100 . 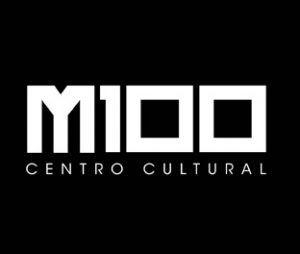 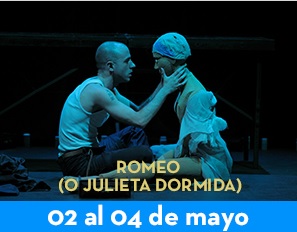 After these functions, the EMERGENTES team will travel to northern Chile to attend in Iquique the eleventh edition of the FINTDAZ, International Festival of theater and dance which will feature shows from Slovakia, Portugal, Spain, United States, Mexico, Ecuador, Bolivia, Argentina and Chile 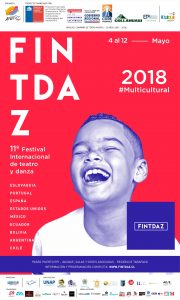 Romeo (O Julieta dormida) will participate in this festival with two performances at Salón Tarapacá , on May 7 and 8. Also within the framework of this event, EMERGENTES will be present at the Meeting of Festival Programmers which will bring together cultural leaders from several American and European countries.

After passing through Iquique, EMERGENTES will return to Santiago de Chile to be part of the Festival The Rebellion of the Dolls , which this year reaches its seventh edition based in the Fine Arts Amphitheater

The Teatro en el Mar show, scheduled for Sunday, May 13, will share a billboard with works from France, Germany, Colombia, Spain, Argentina, Chile, England and Peru.

The stay in Chile will end with a few days of work together with the colleagues of the Colectivo Zoológico and the Colectivo Manonegra (Mexico) to continue advancing in the international co-production endorsed by Iberescena that will take us to the end of this year to premiere in the Central Theater of Seville, a project of which we will be revealing more details in coming months.